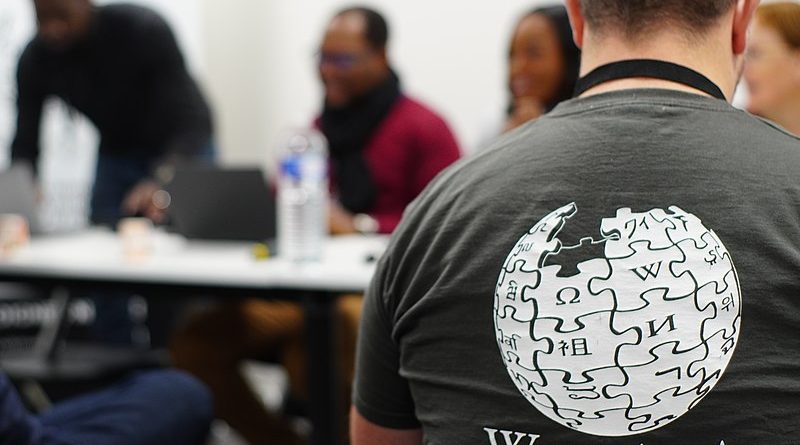 The Francophone WikiConvention is an international gathering of wikimedians from the French-speaking world. It seems to me that one of the inherent functions of this initiative is to help pave the way for the influence and sustainability of the international community of contributors to wikimedia projects. This year, from November 17 to 20, the city of Paris was the venue for the 6th edition. The event was held under the exemplary leadership of Wikimedia France and WikiFranca. Thanks to a grant generously offered to me by Wikimedia Canada, I had the privilege to take part in it. What can I say about this experience?

First of all, between the two days of pre-conference (workshops) and the official conferences, professional and friendship bonds are forged. At least, as far as I am concerned, I left this event with a nice added value for my social and professional network. Consequently, it is a gathering that has manifested itself, in my eyes, as a place of propulsion of creative agility. Indeed, I have discovered contributors who, through their achievements, their vision, their “way of doing things” within the movement, inspire me with projects that are likely to bring about real changes in relation to the main issue that binds us in this contributory dynamic: promoting access to knowledge.

Secondly, from what I experienced during the four days of this convention, I am led to see it as a framework for strengthening skills, particularly for the community’s leaders. As proof, the workshops that preceded the two days of conferences provided (theoretical) tools capable of compensating for shortcomings in the development of strategic plans, the creation and management of projects, strategies for motivating volunteers, etc. Moreover, the team I was part of developed a beautiful project during these workshops. I find that it has a great potential for the discovery, globally, of the artistic and cultural milieu of Quebec City.

In the same vein, as far as the lectures themselves are concerned, several presentations caught my attention in the sense that they gave me ideas for engagement. This is the case for those that, in one way or another, teach about the creative use that can be made of wikidata. These presentations inspire two projects that I am excited to implement with the Haitian user group. Please don’t let me tell you more! At least, as an example, I can also highlight the conference of the representatives of the Board of Directors of the Wikimedia Foundation. A conference in which, among other things, I came to a better understanding of both the functioning of the Foundation and the issues of the movement.

In the list of highlights of my experience as a participant in this convention, although not exhaustive, I cannot omit the pleasure I had to present a paper whose interest was, on the one hand, to highlight the process put in place by the Haitian User Group for the development of the digital commons in that country, and on the other hand, to shed light on the hopes that the actions undertaken in connection with this process raise. It goes without saying that this is a relatively recent initiative and, above all, one that faces difficulties directly related to the political context in Haiti. However, it remains that the actions of this group constitute experiments that contribute to a real change in terms of relationship to knowledge and relationship to digital or technology.

All in all, the Francophone WikiConvention is one of those exceptional initiatives that keep the wikimedia movement alive. Indeed, the dynamics of social interactions, such as those nourished by this convention within the Wikimedia movement, are likely to lead to fairly robust collective commitments. That said, it goes without saying that the Francophone WikiConvention has the merit of being a significant path to a stronger and more creative Francophone community. I’m looking forward to the experience again. I especially want to contribute, at a higher level, to the realization of the next edition that the Ivory Coast will have the privilege to host.

Long life to the Francophone WikiConvention!